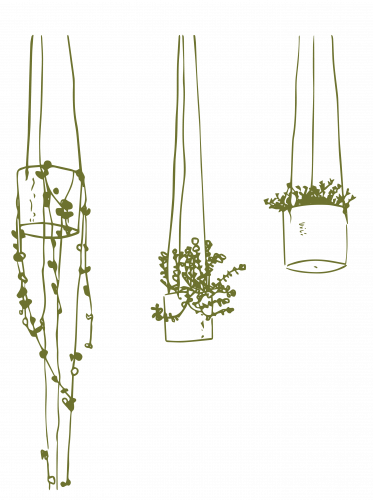 Apokoronas is one of the five provinces of Chania Prefecture, in its Northeastern part.
During the ancient times the word “Apokoronas” is not at all mentioned. The only thing names that are mentioned are those of the villages of the province. During the Byzantine Era there is a reference of the name of the region as a
village. As a Province it is referred to the Venetian Occupation of Crete, however, without knowing the exact limits of the area at that time.
As a toponymy it is mentioned as “Apikonna” in the Convention between the Byzantine General Vatatzis and the Duke of Crete Ioustiani in 1236.

From time to time there had been other names like “Bicorna” and “Bicorno”, while the traveller R. Pashley (Travels in Crete, vol.1 page 62) and N.Stavrakakis (statistics – page 74), believe that there had been an ancient city bearing the name “Hippokoronion”. This very city is related to the nowadays village Nippos, in Apokoronas Province. Stravon (I, 472) 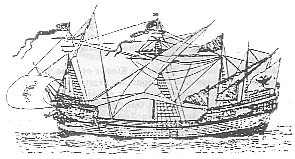 refers to the toponymy: Hippokoronion is at Adramytinis and Hippokoronion is at Crete. It is also believed that Apokoronas is the name of a city, located two miles Southwest from Neo Horio in Apokoronas, over the hill of St. Mamas, where ancient pieces of marble were preserved or West of Kalyves, where the Fortress of Apokorona was situated.

Cornelious wrote: “Hippokoronion sive Tanus Hobie Castrum Apricornium”. Therefore, Hippokoronion was also called Tanos, a Cretan City, (the inhabitant was called Tanitis), as it is depicted on coins. Tanos was near Kydonia.

According to Cornelious, Hippokoronion was located at the position of the Fortress Bicorna on the coastal hill, east from Kalyves. St.Xanthoudidis (Cretan Provinces and Cities EBS, C’. page 56), thinks it is possible that Apokoronas is the successive word of the toponymy Hippokoronion, based on a chapter of Stef. Byzantine claiming that there is a place in Crete called Korion, which might be Kourna’s Lake and the sanctuary Hippokorion, from which Hippokoronion came. K. Dounakis (History of Apokoronas Province, issue 171, page 242), claims there had been an ancient city called Hippokoronas, situated at the place where the ancient city of Aptera was built later. It is also believed that the name “Apokoronas” came from the words from (Apo) and crown (korona), as the Province used to be the particular colony of the crown of the Byzantine Emperors.

There is evidence proving that human presence has been spotted in Apokoronas since the Neolithic Period, which is 8-6.000 years Before Christ. Such a spot is Melidoni, where archaeological remains were found and a place between the villages of Samonas and Stylos where some houses of the same era were found.

APTERA was of the most important cities-states of Western Crete. Its name came from the King – founder of Aptera or Ptera, because of the Muses and the Sirens’ conflict in which the Sirens’ were beaten. Then the Sirens dropped their wings and became wingless and white, fell into the deep sea and this is how the island Lefke (Whites) was created in Souda Bay. From this ancient city founded in the 7th century BC and inhabited until the Byzantine times, important remains still exist: The protective wall of the fortress built with great polygonal stones, a small theatre (the observer can see the concave, the orchestra and the remains of the seats), the big and impressive arched tanks -one of them is kept in excellent shape- which were found in three single pieces. There is also a small temple of the early 1st century BC, probably dedicated to the Goddess Dimitra. Aptera used to be a nautical and commercial city, and had its ports in Kissamo (near Kalyves) Minoa (below the village of Sternes in Akrotiri). Aptera was an autonomous city throughout the Greek Period (6th – 4th century BC) and had many coins. It had sent aid to the Spartans during the 2nd Messenian War (668 BC) and was an ally of Knossos during the civil war of the Cretan Cities in 220 BC. Later, Aptera and thirty more Cretan cities became an ally of Evmenis, King of Pergamos (197-159 BC). Aptera also existed during the early Christian centuries. The Monastery of St. Ioannis the Theologist of Patmos was also built in the same area. South of the Monastery archaeologists discovered the floor of a Christian temple of the 7th or 8th century AC. Below the floor there are Christian tombs. In the Western edge, there is a Turkish fortress that has been restored, with a panoramic view to Souda Bay. Beneath the ancient Aptera, there is another Turkish fortress built in 1872 by Reuf Pasha, called Itzedin. Nowadays these fortresses are ideal places for the presentation of several cultural

events organized by the Municipality of Souda. In Kalyves, there is a Venetian Fortress, the Castel Appricorno or else Bicorna.

ALMYRIDA is a scenic village by the sea with a clean sandy beach. At one end of the village there are ruins of an 11th century basilica church with a mosaic floor in good condition. In Almyrida during 1896 the last battle against the Turkish occupation took place. In the bay of Almyrida there is a small rocky island called “Karga” which has ruins of an ancient wall built by the Phoenicians. During the Second World War they were built shelters for the local people. Today Karga has become an ecological place offering the right environment for different species of birds.

VAMOS it is a traditional provincial city, the capital of the region of Apokoronas, with many public services. According to unacknowledged historical sources, Saracen pirates had initially inhabited Vamos during the 8th century AC. Vamos had been the capital of the Sfakia region during the second half of the 19th century. Southeast of Vamos, at a place called Karydi, there is St. George’s Monastery where the Basilica is preserved and there are still remains of the cells and of the olive-mill of the Monastery, famous for its wonderful domes.

GAVALOHORI it is a traditional village that took its name from the noble Byzantine family of Gavalades. The family took possession of the village when Crete was distributed to the 12 noblemen of Byzantine in 1182. In a distance of 500 meters from the village, many of the well-known Gavaliana wells are preserved. Gavalohori has a Folklore Museum and there is also a textile and embroidery Women’ s Association.

KOURNAS it is a mountainous village with a homonymous beautiful lake -unique in Crete- surrounded by mountains. The ancient name of the lake was Korisia and it is said to be a homonymous city (Korion) with a temple of Korisia – Athena was located there.

ARMENI Armeni is a village covered in green, with many planetrees. Its many rich fountains provide water to a big part of Apokoronas Province. Armenians serving the army of Nikiforos Fokas (Liberation of Crete from the Arabs) first inhabited it in 961 A.C.

KAINA it is built on the ancient Kaino, Kainos or Kanos. It is believed that Britomartis Diktynna was born there.

EMBROSNEROS is a picturesque village surrounded by oaks. At the edge of the village the guest can see the renovated tower of Alithakis, a horrible Turkish Pasha. Sfakia rebels and their leader Manousakas slaughtered Alithakis and his tower was burned down. Many traditional beautiful villages -worth being seen- like Kastelos, Patina and Fylaki are all around Embrosneros. An impressive Minoan tomb was discovered in Fylaki. The tomb has a long corridor and a square chamber, it is built with huge stones and has a pyramidal roof.

KEFALAS is located Northeast of Vamos and it is a village rich in traditional architecture. Its name is derived from Kefalades, the leaders of the Byzantine colonists, sent by Al. Komninos in 1182 to Crete. Ombrosgialos (frontal seaside) is a fantastic rocky beach, with a small traditional tavern Northeast of Kefalas.

VRYSSES it is a new village on the road to Sfakia. The village has developed after 1925. It is crossed by the Brysiano river and in the East there is an ancient bridge dated from the Greek-Roman times. The bridge is called the Greek Chamber.

IPPOKORONION is an ancient city, located where Aptera was built later.

AMFIMALLA itis an ancient city, Southwest of the Almyros Bay.

HYDRAMIA is an ancient city, near the village Dramia. The city used to be the port of Lappa (in Argyroupoli, Rethymno).

KATRI OR KATREFS An ancient city believed to have been built in Ellinika, Emprosneros

The geographic position of Apokoronas is considered to be of great importance since it is the “bridge” of Chania to the rest of the Prefectures of Crete. The South part of Souda ends in Apokorona and there is the Bay of Almyros or Georgioupoli. There are also two capes: the one of Souda and the other of Drapanos. The main mountainous part of Apokoronas is covered by the White Mountain chain. Apokoronas is crossed by the rivers of Kiliaris (or Pyknos during ancient times), Xydias or Xydes, Vryssanos or Mpoutakas, Almyros and Delfinas. In Apokoronas, there are many exciting gorges as well like Diktammos -beginning in Katohori – Keramion and ending near the village of Stylos – St. Nicola’s – Channel gorge between the villages of Ramni and Maheron and Asi Gonia.
213 caves of great historic and environmental value have been recorded in Apokoronas up to now. 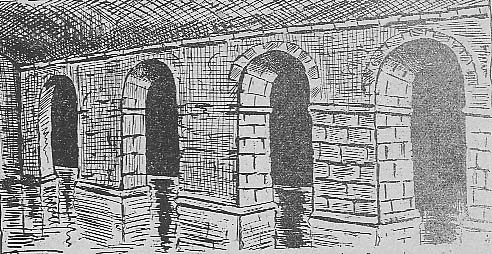